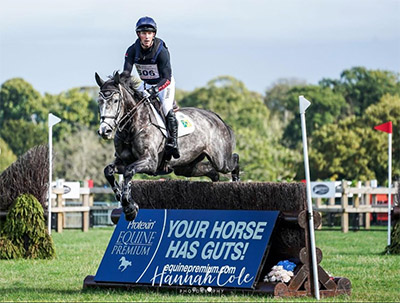 Oliver had seven rides at Osberton International & Young Horse Championships, all of them jumping clear rounds across country.

In the CCI2*S-YH class Carden Balou Moon finished on her 34.1 dressage score, 15th out of 70 starters; Samiro Cruz MC added a rail down to his 31.1 first phase score to finish in 24th place; while Cooley Stirling had two rails down after a 31.9 test for 35th.

In the CCI3*S-YH championship the Le Lion d’Angers-bound Cooley Rosalent put in another strong performance, 7th out of 55 starters despite a pole down in the showjumping. One place behind was catch ride Othello, also with a rail down.

Meanwhile, Chapel House ran in the CCI2*-L, finishing on his 29.1 dressage score in 5th place, and Newmarket Caro was clear inside the time across country but had a couple of rails down in the CCI3*-L.

A great bunch of results across the board.