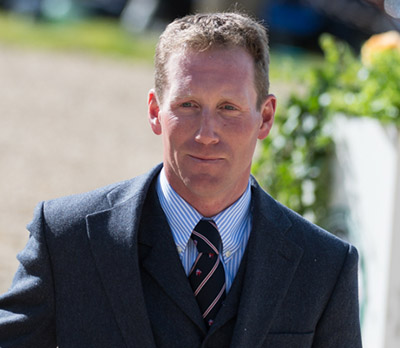 Winner of both Badminton and Burghley in 2009, Burghley again in 2017, and Kentucky in 2018, 2019 and 2021, the FEI World number 1 ranked rider’s success has always been based on hard graft and a love for the horses he works with. He inherited this love of horses from his parents. Oliver’s dad, Alan, was also an event rider while mum, Eve, showed side saddle at county level.

Oliver began riding when he was 7 years old. His first success came when he was 11, with his pony Cool Mule at the Horse of the Year Show. At 13 he represented Great Britain on the Pony eventing team at the European Championships, and he quickly moved through the ranks. For three years he was stable jockey to the late British Event Team show jumping trainer, Kenneth Clawson, in Leicestershire.

When Oliver set up on his own at Lubenham Lodge, Leicestershire, he had just a few pounds in his pocket but an unquenchable thirst for success. Less than five years later he was able to buy his own farm in Dudleston Heath near Ellesmere, Shropshire where he is still based. 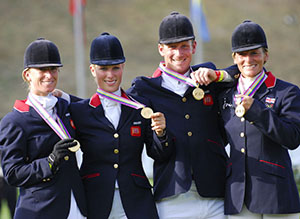 In 2005 the late Hon William Russell’s Topping provided Oliver’s first crack at Badminton and he made the most of it by finishing in 12th place. This earned them an individual place at the European Championships at Blenheim Palace the same year. 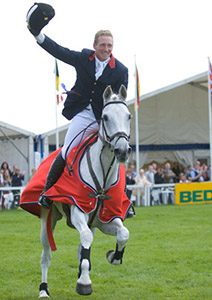 Edward & Robert Nicholson’s Flint Curtis took over as Oliver’s top horse in 2006 after placing third at Badminton, the horse’s first four star (now five star†) event. Oliver remained on the British Squad, riding Flint as an individual at the Aachen WEG that year, before gaining his first team place – and a European Championship gold medal – at Pratoni in 2007.

Then came the five-star victory breakthrough: 2009. Riding Flint Curtis, Oliver won his first CCI4*†, at Badminton. He then went on to win Burghley CCI4*† on his other top grey horse, Andrew Cawthray’s Carousel Quest. 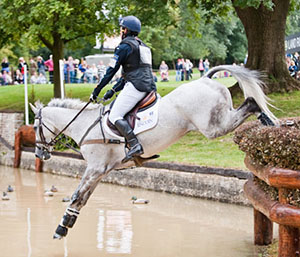 He duly finished the season at the top of the British Eventing points table for the first time, having previously been top British rider.

In 2012 Oliver was given the ride on Paul Ridgeon’s 4*† horse Armada, and the pair were crowned British National Champions the 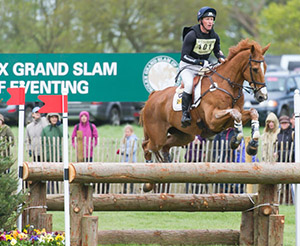 May 2014, and at one of the toughest Badminton’s in decades, Armada finished in the runner up spot. Meanwhile Black Tie II placed 4th at his first ever CCI4*†, Luhmuhlen, resulting in a place on the British Squad for the 2014 World Equestrian Games, with Armada named on the Reserve list. 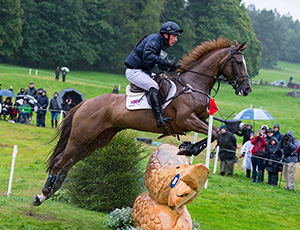 mistake costing them an individual medal.

Fenyas Elegance at the European Championships 2015

Oliver also claimed both the British Novice and Intermediate Championship titles that year.

In 2016 Oliver bagged an incredible 2,341 British Eventing points, leaving him top of the BE Rider Rankings for the third year running, with a lead of over 1,000 points. He also comfortably broke the 50 FEI wins barrier. 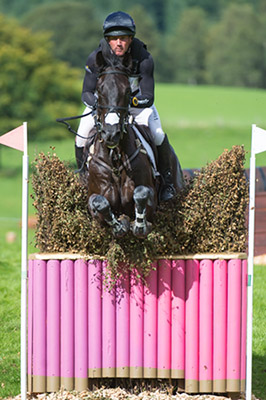 He was again crowned British National Champion, this time riding Cillnabradden Evo – the pair also winning the inaugural Event Rider Masters title thanks to a further win at Blair Castle and runner up spot at Blenheim. Oliver wrapped up his season with a CIC3* (now CCI4*S†) win in Adelaide.

On to 2017 and, remarkably, Oliver posted his 10th Burnham Market CIC3*† win since 2007, Cooley Master Class successfully defending his title. It was a great start to what was to prove a great season. 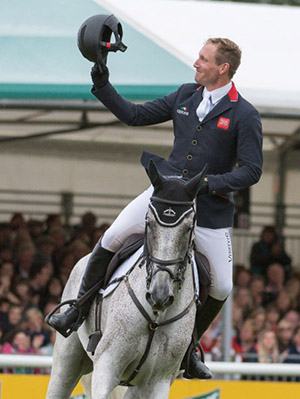 In the summer Oliver was again called up to the British team, for the European Championships in Strzegom – this time with Angela Hislop’s Cooley SRS. Another gold medal found its way to Shropshire.

However, the best was yet to come. In September, at Land Rover Burghley, that elusive third CCI4*† win was in the bag. Ballaghmor Class stepped up to the level for the first time in some style, another Townend grey a four-star† winner.

Oliver retained his place at the top of the British Eventing rider rankings for a fourth year, with 1,698 points to add to his overall total.

One of the most prolific and, arguably, hardest working riders, Oliver finally topped the FEI World Rankings in 2018, following victory at Kentucky CCI4*† aboard 4*† first timer Cooley Master Class. In the space of 10 days he added 2nd and 5th at Badminton to his 1st and 7th in Kentucky. 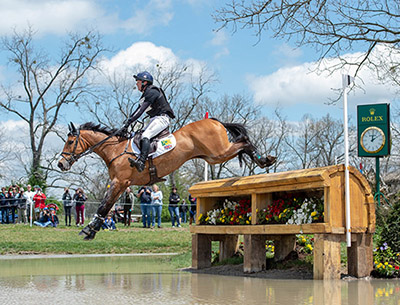 The following month, Ulises won the Chatsworth CIC3*†, Cillnabradden Evo the Baborowko CIC3*† and, later in the season, 3*† first timer Tregilder won at Blair Castle. 2017 Burghley victor, Ballaghmor Class topped the 3*† table at Burgham and finished in the runner up spot at Burghley, before Weston Goodfella took the British Eventing six-year-old championship at Osberton.

For the fifth year in succession, Oliver topped the British Eventing rider rankings with 1,531 points, holding on to his World Number 1 ranking.

2019 was a somewhat interrupted year, Oliver missing several weeks of competition due to an injury. He had started the season with two more wins at Burnham Market CCI4*-S (†the new class categories came in to play in 2019) before Cooley Master Class successfully defended his 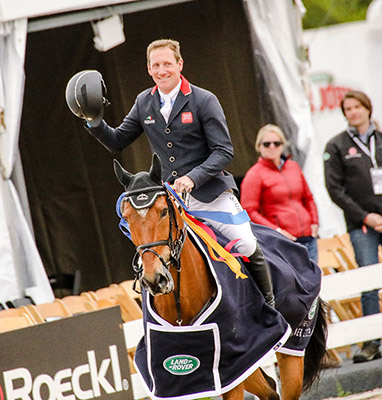 Back in the saddle at the end of June, Oliver’s schedule included another team appearance, this time at the European Championships at Luhmuhlen. Cooley Master Class led Great Britain to a team silver medal, finishing 9th individually, while at Burghley, Ballagmor Class came within half a penalty of regaining the title he won in 2017.

Missed competitions mid summer cost Oliver the BE top ranking for the first time since 2013 (he finished second with 1,666 points), but he did again end the year as World Number 1.

No-one is likely to forget the 2020 season. It was the year that Covid-19 hit our shores, and from mid-March until the beginning of July all competition was suspended – all 5* events bar Pau in October were cancelled. When things did resume in July, many events had already made the call to cancel, and those that did run were all ‘behind closed doors’. Prior to Covid, Oliver had got off to a good start, with wins for Ballaghmor Class and Glamour 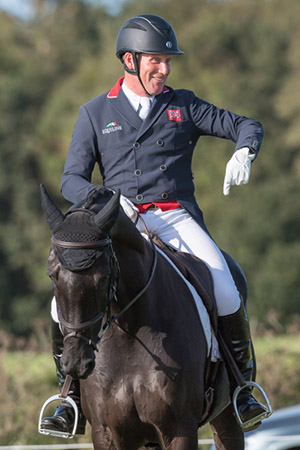 Girl, but it was the middle of July before he was back in the start box.

At Burgham, Oliver’s first international event of the year, he became the the first rider to achieve four international wins in a single weekend –  he is also the only rider to win multiple CCI4*-S classes at the venue over the years.

The next international could probably be renamed the Oliver Townend Burnham Market International. He did it again, posting his 13th 4*S victory at the venue since 2007. Cillnabradden Evo made it back to back wins in this class, after which Oliver announced the 14-year-old gelding’s retirement.

The season wrapped up with two internationals in France. Cooley Rosalent won the silver medal at the Six Year Old World Championships at Le Lion d’Angers, while MHS King Joules tackled his first big event since picking up an injury at Burghley in 2018. A double clear in the CCI5* at Pau left the pair in 6th place.

Crucially, the points Oliver amassed at Pau were enough to keep him at the top of the World Rankings at the year end, a position he had held since 2018. 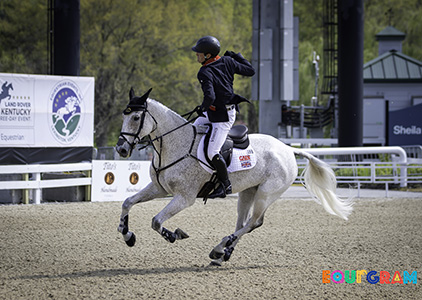 2021 will undoubtedly remain etched in Oliver’s memory forever. With his ‘big guns’ heading to Kentucky he finally relinquished his hold on Burnham Market’s 4*S, although Cooley Rosalent did claim the 3*S title in her first run at the level, going on to finish runner up at her first 3*L at Houghton in May.

A week after Burnham Market Ballaghmor Class gave Oliver his third Kentucky CCI5* win – Badminton having again been cancelled due to Covid 19. However, an even greater highlight was to follow. 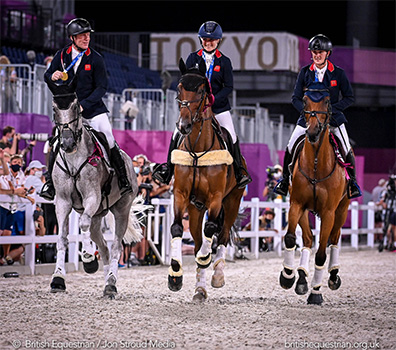 Oliver and Ballaghmor Class were selected to represent Great Britain at the delayed 2020 Tokyo Olympic Games, fulfilling a lifetime’s dream. As pathfinders they led the team to a convincing victory and individual fifth place. This was Britain’s first Olympic eventing team gold since 1972.

Two CCI5* events remained; the inaugural Maryland, USA, where Cooley Master Class took the runner up spot, and Pau where Oliver piloted past ride Ridire Dorcha to sixth place at the horse’s first run at the very top level.

Oliver had retained the top spot on the FEI World Rankings for another year end. But one more celebration was in order… Oliver and his Tokyo team mates were awarded MBE’s in Her Majesty The Queen’s New Year’s Honours. 2022 has a lot to live up to.