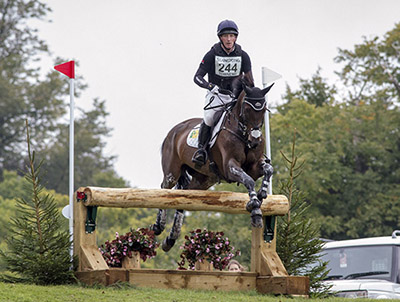 Cooley Rosalent finished second at the Nexgen seven-year-old finals at Hickstead before Oliver set off for Kelsall Hill, where Oliver had some great placings including two wins. Ridire Dorcha, a horse produced by Oliver but more recently competed by Sophie Adams, won the open intermediate, while Samiro Cruze MC topped a novice section with a 29.8 dressage score completion.

But for a rail down in the showjumping, Carden Balou Moon would have made it a third win, but the mare had to settle for the runner up spot. Both the last two horses now head to the Young Horse Championships at Osberton.

Also in the ribbons were Cooley Stirling, 4th in a novice, and MHS King Joules and Cooley Master Class eighth and ninth in the open intermediate, both horses having steady rounds across country – Cooley Master Class is set to contest the newest 5* at Maryland, USA next month.