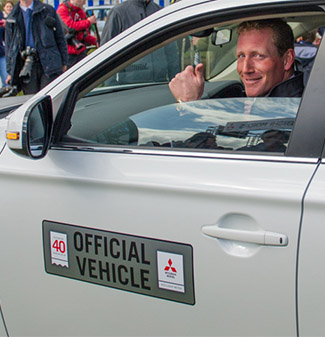 Oliver has topped the end of season British Eventing Points rankings for the first time since 2009, the year he won both the Mitsubishi Motors Badminton Horse Trials and the Land Rover Burghley Horse Trials, although he has been in the top three every year since 2004.

He also wins the Tony Collins Award for the best British rider. Oliver finished 284 points ahead of William Fox-Pitt.

Then there was Armada’s runner up finish at Badminton and eighth place at Burghley CCI4*s, and Black Tie II’s fourth place at Luhmuhlen CCI4* which resulted in the pair’s selections for the British WEG squad. In total Oliver won nine international and 24 national classes this year.