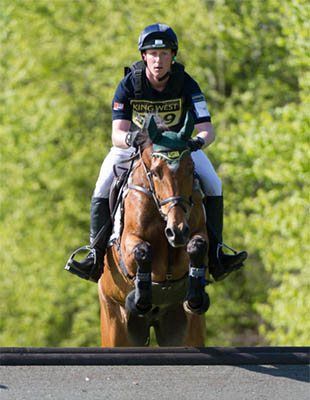 Angela Hislop’s son of Ramiro B, Cooley Master Class, put in a great performance in his first CCI3* last weekend. Thirteenth after dressage on a score of 46.7 he survived a sticky moment at one of the water combinations, very nearly coming down in the water. But he kept his head up, to jump a clear round, just adding a few time penalties to his score.

With one rail down on the final day he remained in 13th place, out of 89 starters, a great result for his first run at the level.