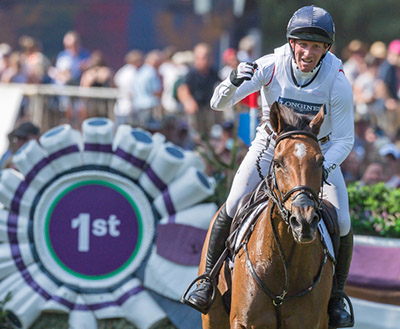 Oliver was named as anchor man, the fourth to go, for the British team at this year’s European Championship in Germany. A good dressage test, only marred by a slight stumble which caused a break in to canter, scored 27.6. Despite this, Oliver was in seventh place at the end of the first phase.

Across country, Cooley Master Class was foot perfect, jumping clear and inside the time to post a key score for the team, which retained its silver medal position and Oliver moved up to fifth.

With scores going to the wire on the final day, an uncharacteristic blip at the planks after a rail down apiece from the counting team scores could have cost the silver medal – but fortunately the final French rider also hit a pole, so Team Silver it was. Oliver posted the best team score, finishing 9th individually.