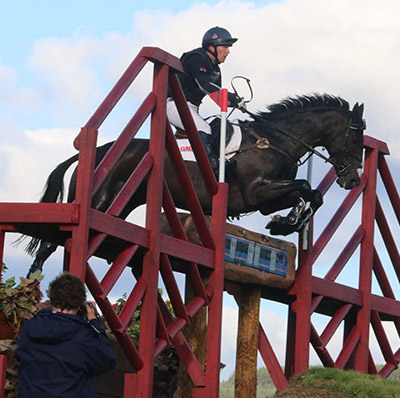 Ballaghmor Class was absolute class in the Event Rider Masters dressage phase at Millstreet, posting a new 4* personal best of 21.0. This gave Oliver a four penalty lead going in to the showjumping. The lead increased after a foot perfect showjumping performance, but with the going heavy following significant rainfall and Burghley less than two weeks off, Oliver withdrew without running across country.

Tregilder was contesting the CCI4*-L. Third after dressage on a score of 31.7, he jumped clear inside the time across country and just made a small mistake in the double to finish seventh in his first run at this level.

In the CCI4*-S Ulises was fourth after dressage and Dreamliner 18th. Dreamliner moved up to 10th, thanks to a showjumping clear, finally finishing runner up after a fault free cross country round – the only  horse to finish on his dressage score. Ulises did not run across country.