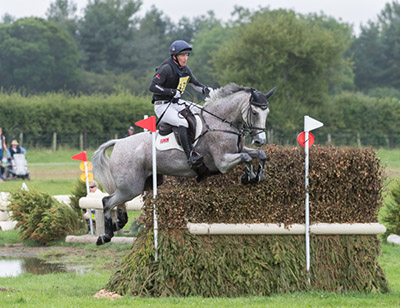 Ballaghmor Class came within a whisker of defending his CCI4*-S title at Burgham, having led the dressage on score of 25.1. Unfortunately a showjump down dropped the Burghley winner down one place, despite a speedy cross country clear. Tregilder finished two places below his stablemate in fourth.

In the CCI3*-S  Cooley Master Class held a commanding lead after the dressage phase, and jumped double clear – however, Oliver’s foot was very much off the accelerator, using the class as a stepping stone for Oliver’s later season plans.

Oliver did post two wins. Nelson de la Pomme claimed a novice section and Ulises took an open intermediate class. Arklow Puissance, Ballycapple Cooley and Indictable Only were also in the ribbons. Also very well done to yard rider Victor who stood in for Oliver with Cooley Rosalent in the BYEH to finish 2nd.