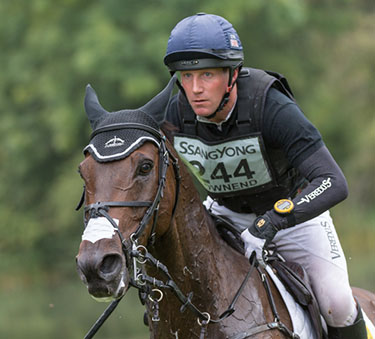 It was a weekend of ‘nearly but not quite’ for Oliver. He only had two runners, Cooley Master Class in the ERM and Ridire Dorcha in the 8/9-year old CIC3*.

Cooley Master Class did a great dressage test to lie in fourth place, and then showjumped clear, moving up to third. He was flying around the cross country but just ran past a skinny triple brush in the trees at fence 14, after which Oliver retired.

Ridire Dorcha also performed a good dressage to lie in fifth place, but a rail down showjumping dropped him to 10th in this ultra-competitive section. He jumped a solid cross country clear, but Oliver didn’t push for the clock, and with 10 time penalties to add the pair finished in 12th place – still a good result given the 77 starters.