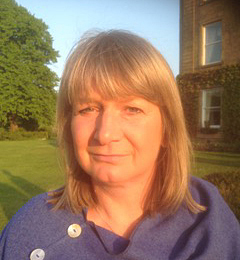 Sue is a BE U18 Coach for the Northern Area, and a past competitor.

Why eventing? I have evented myself up to 4* and had almost retired when Samuel Thomas found me. I had great fun with him, bringing him up through the grades, but he was always a bit quirky. After a couple of falls at 3* I decided that the horse was better than me and Oliver had always liked him so I passed on the ride, at the end of 2014.

I’ve got used to being an owner and not having to do anything. I’ve always groomed for my own horses as well – I’m loving it but I get far more nervous watching than riding!

Why Oliver? I have known Oliver since he was a child. It was his dad Alan who helped me when I first started Eventing, so it was a natural choice.