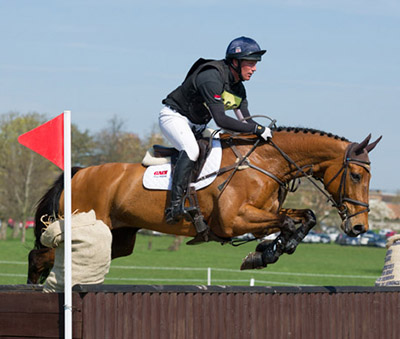 It was a mixed weekend for Oliver at what is one of his most local events.

Attractive Proposition posted the best placing, runner up in a novice thanks to a good dressage performance and cross country clear inside the time, with Menlo Park only just missing out on a ribbon in an open novice.

At open intermediate level Oliver had his foot off the accelerator. Cooley SRS picked up a placing, Note Worthy just missed out with a double clear and Black Tie had a single show jump pole down. However Ulises faulted twice across country and Coldplay III, after an excellent dressage performance, deposited Oliver temporarily on the ground – his first fall of the season.