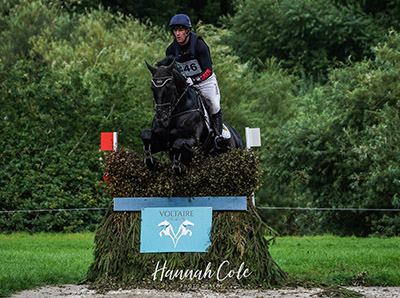 The young guns had an outing to West Wilts where Gentle Lion was the star of the day, finishing runner up in a BE100.

It was then on to Somerford, where Oliver won the open intermediate on his first run with Swallow Springs, more normally seen with his good friend Andrew Nicholson. Cooley Master Class, Tregilder, MHS King Joules and Cooley Rosalent also had good rounds but very steady, as planned.

The youngsters ran on day two, with Pointilliste Hero winning a BE100, finishing on his dressage score of 22.5, while The Big Red and Gentle Lion both picked up a fourth place.

Star of the show was Tregilder, who won the 3*-S on his dressage score of 26.6. Samiro Cruze MC also jumped a double clear to finish in the prize money in his first international, the 2*-S.