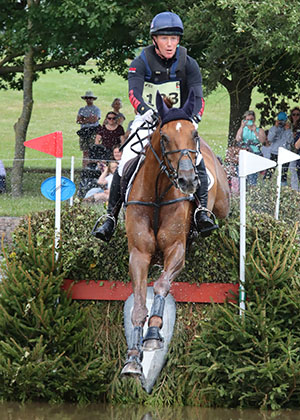 Oliver jumped three double clears at open intermediate level on his trip to Aston-le-Walls, with Tregilder posting the best result in fifth.

Priorspark Opposition Free was close behind with a seventh and Arklow Puissance’s 2.8 time penalties putting him in 13th. Lukas was Oliver’s only ride to lower a pole, finishing in 14th.

It was then on to Hartpury, where Sam Ecroyd’s Chapel House completed his first CCI2*L. Davinci III was in second place in the 4*S after the first two phases but after having a pin across country Oliver took his foot off the accelerator – but still finished in the prize money.

Sunday ended with the Team GB homecoming concert at Wembley, which was pretty special.