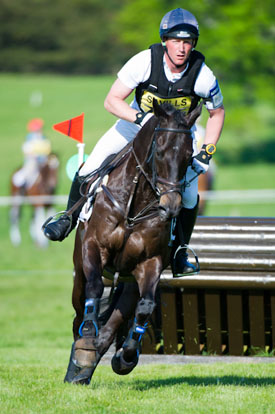 Oliver has taken over the reins of Cillnabradden Evo while Andrew Nicholson recovers from his recent fall. The pair had a successful first outing, winning the open intermediate on their 27.7 dressage score.

Black Tie II was also out, having his first run of the season. He’d posted a better dressage score of 24.1, but 5.2 cross country time penalties dropped him to second place, and with Colonel Joe taking third place it was a Townend whitewash.

In the same section, Power Drive and Fernhill Ultimate were 12th and 14th.