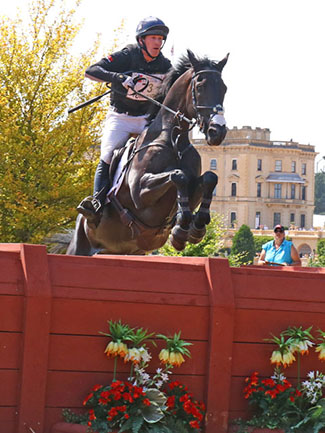 Oliver had a sensational couple of days at the inaugural London Capital & Finance Osborne Horse Trials on the Isle of Wight this week. The new showcase event ran three classes, all at open intermediate level, culminating in the ‘grand prix’ section on day two.

First up for Oliver was new ride Elm Rainbow, and but for a rail down in the showjumping the pair could have posted a win (and therefore provide a clean sweep for Oliver on the Island) – instead they had to settle for fourth place; still, however, in the money prizes.

Next up, Black Tie II was having his first run in 12 months. ‘Tonti’ had lost none of his class, taking the win comparatively comfortably (all the scores were tight in the three classes).

On to day two, and Oliver held a 1-2 throughout the competition. Cillnabradden Evo pipped stable mate Cooley SRS to the win, sealing a profitable trip for Oliver.

He summed up the experience. “I was blown away when I arrived and saw the venue – I’ve got nothing to say about it but positives. We’ve enjoyed ourselves; it’s been like having four horses on holiday. We’ve eaten at fantastic restaurants every night and I’ve been with my best friends. Events that can provide prize money like this make for a better lifestyle for professional riders like me.”