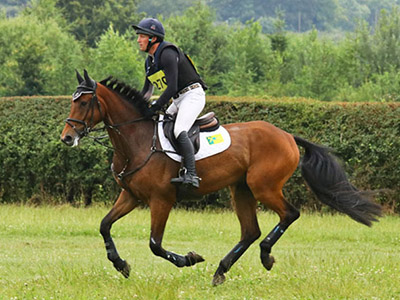 Oliver had a good day at Nunney, Cooley Stirling and Chapel House both finishing second in Novice sections with dressage score completions. Oliver is rather excited about six-year-old Cooley Stirling who is a half brother to Ballaghmor Class and now has three novice top 10s under his belt.

There were steady runs for three of the other young guns, Cooley and Co only just out of the ribbons.

On to Frickley where the BE100s were in action. Star of the show was Wixleys Qualitas, a five-year-old owned by the Hazeldines & Mitchell Fox Group. He won his section on a 26.5 dressage score. For Oliver’s other rides, it was an educational outing, all part of them gaining experience.