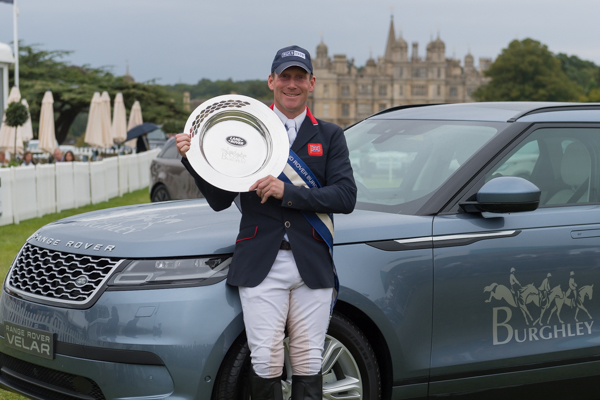 Ballaghmor Class really lived up to his name, winning Burghley at his first attempt at 4*. Oliver has always believed in the horse, but it’s impossible to know how a horse will cope not just with the increase in size of the fences, but the terrain, length of track, crowds and atmosphere.

Sixth after dressage, he rose to the challenge across country, Oliver saying after his round: “He’s class, he wants to be with you all the way. He felt a bit babyish at times, looking at the crowds, but he was right up there with my expectations – I’d have forgiven him very easily if he’d made baby mistakes.”

Last out of the day across country, Ballaghmor Class was faultless, finishing one second over the optimum time to take the lead. “He was unbelievable. All I’d say is that he takes too much out of himself and jumps too high over a lot of the fences, but that’s a good complaint and they generally come down with age. When a horse like this comes along, it’s a different world for me.”

As rails fell for those behind him in Sunday’s showjumping phase, Oliver had a fence in hand – which he used up at fence 5. Ballaghmor Class also picked up a time penalty, but the title Oliver won in 2009 was his again.

“I’ve got so much faith in this horse,” Oliver said. “I’ve been blowing wind up him for the last 6 months so I’m glad he proved me right.”

Samuel Thomas had not played ball in the dressage phase, and then napped across country at the top of the Leaf Pit, incurring 20 penalties but still only finishing 8 seconds over the time. With one rail down on the final day, he finished 21st.