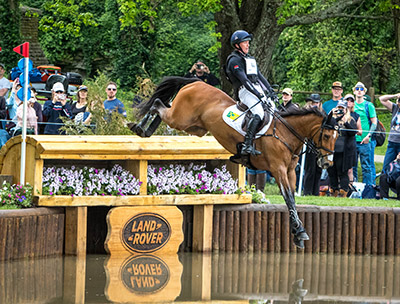 They did it. Oliver and Cooley Master Class successfully defended their title at Kentucky, leading throughout. They set out across country with a three point dressage mark advantage over fellow Brit Piggy French.

Despite Cooley Master Class losing a shoe half way round the cross country course, Oliver steered him home just 3 seconds over the optimum time.

Oliver said: “Once I realised the shoe had gone, I was conscious of having to balance more and be more conservative than I usually would be. He was certainly a bit keener than he was last year, he felt stronger and was definitely up for it, his ears were pricked all the way. He made his own mind up over a couple of the jumps and at times I felt like he was more in control than I was – he did his job well and is becoming an incredible horse.”

With less than a rail in hand over Boyd Martin, Oliver and Cooley Master Class were faultless in the final phase and the win, again, was theirs.