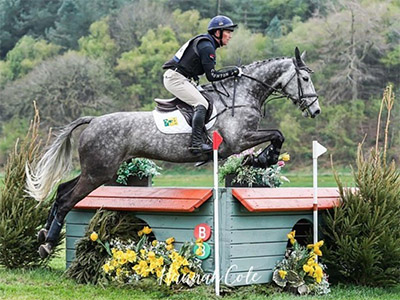 It was a first run at intermediate level for four of Oliver’s rides at Kelsall Hill, and they stepped up in style.

Cooley and Co, Carden Balou Moon, Samiro Cruze MC and Cooley Stirling all finished in the top 10 – Cooley and Co the highest placed in third, with a smart double clear.

On day two En Taro des Vernier finished on his dressage score to take the runner up spot in a novice section, while Be Cooley did the same in the BE100Open for third.