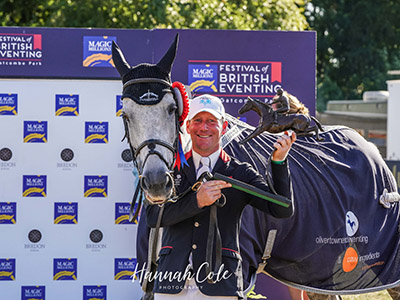 Oliver had a hugely successful Festival. Dreamliner finished runner up in the Open Championship, giving him and Oliver the British Open Champion title (New Zealand’s Tim Price won the class). He came home one second inside the optimum time, which is notoriously hard to beat at Gatcombe. Lukas finished not far behind in fourth.