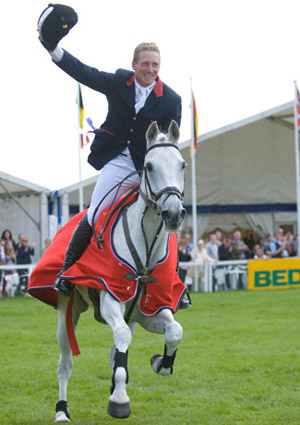 Oliver’s first Badminton-winning ride, Flint Curtis, has been put down at the age of 22. The grey gelding had been suffering from internal problems and despite vets’ best efforts, could not be saved.

Oliver took the ride on Flint in 2006, the pair finishing third at Badminton that year before taking 11th place individually at the World Equestrian Games. They were also members of the gold medal-winning British team at the 2007 and 2009 European Championships.

In 2009 Oliver lifted the Badminton trophy, fulfilling a life-long dream.

“He was simply one of my best friends ever,” Oliver said. “Every eventing-obsessed child dreams of winning Badminton and Flint made my dreams come true.”

<< Go Back
Posted in: Latest News
« BE and FEI rankings
Cooley SRS sold to Australia »