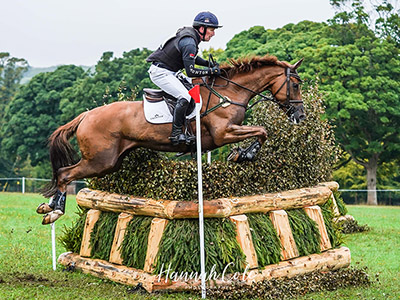 Cornbury was a rather muted affair, out of respect for the late Queen Elizabeth II. Fortunately for Oliver he had a more successful outing than the one previously. Caunton First Class continued his consistent form, with a dressage score completion in the CCI3*S for third place.

As Is jumped a good double clear, but was running hors concours in the intermediate – otherwise he would have also placed third. Lukas and Samiro Cruze MC both posted good, but steady cross country rounds, with a rail down apiece.