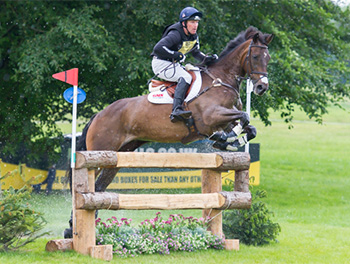 ODT Ghareeb was on great form at Bramham, jumping one of only six cross country clears inside the time. He moved up from 34th after dressage to finish in 15th place.

Oliver also gave Black Tie II an outing, but just in the dressage phase – Tonti now heads to Luhmuhlen for his first 4*.

Despite only having one horse to jump it was a busy weekend for Oliver. Straight after his cross country round he was off to his best friend’s wedding, where he was Best Man.