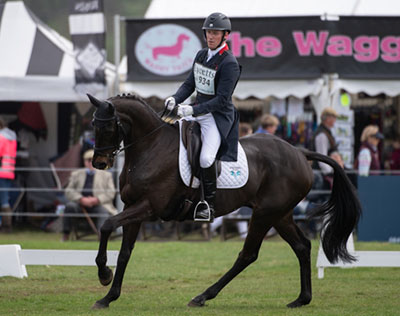 Oliver had all four of his Kentucky/Badminton runners at Belton, but the plan always was that none of them would jump across country.

Cooley Master Class was awarded the best dressage score, 28.0, although Cooley SRS and MHS King Joules were also sub-30. These three were all running in an advanced section.

Ballaghmor Class was entered in the CIC3* and scored a little higher before showjumping clear, Cooley Master Class also leaving all the rails up.

Oliver very much has the two big four star events as his priority.