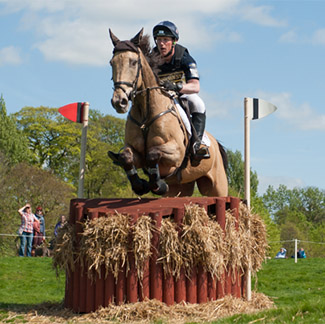 Sandiman II was the star of the show at Rockingham, finishing on his dressage score to win one of the two CIC** sections. Cooley Master Class had led going into the cross country start box, with Sandiman in the runner up spot, but Oliver kept his foot off the accelerator and time penalties dropped Cooley Master Class to fourth.

Cruising By also kept a clean sheet for second place in his novice section – Kanga Rouge doing the same for a 7th place.

Pepper Anne added just 1.6 time penalties from the cross country to her score, providing another 7th rosette in the OI.