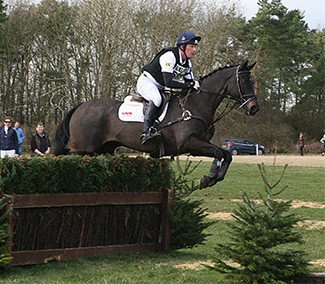 “I’ve wanted the ride on Colonel Joe for two years now, but one of my lads was producing him and it would have been wrong for me to take the ride off him,” said Oliver. “He’s won both times out with me this season, and I really think that he’s going to be as good as I’d hoped – he could be top class.

“Cooley SRS also has a very serious future. By Harthill’s Ramiro B he was 3rd, 2nd and 1st in his 3 intermediate runs last year as a six year old. He should go 2* later this year.

“Black Tie has come out as good as ever and gave me a great ride across country so he’ll go to a Spring CCI3*. In fact I’m really pleased with how all the horses have come out of the winter. Let’s hope it’s going to be a good season.”