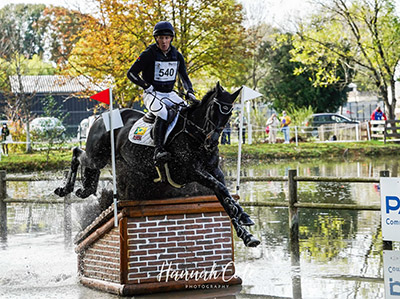 It was the first big outing for MHS King Joules since he picked up an injury whilst jumping a fabulous clear round at Burghley in 2018. This season Oliver gave him four steady runs before letting the handbrake off a bit to win the open intermediate at Kelsall Hill last month.

Oliver was very pleased with King Joules’ dressage test, which scored a 28.3, before jumping a super clear across country just four seconds over the time, which moved the pair up to ninth.

He topped that off with a clear in the showjumping, climbing the leaderboard again to finish sixth – a great result amongst world class competition.