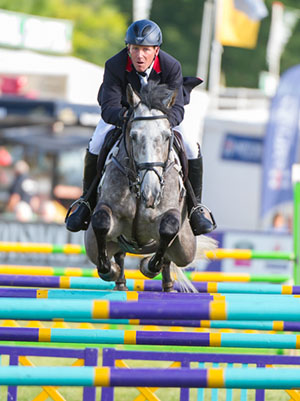 It was a busy weekend at Gatcombe, one of Oliver’s favourite events. Black Tie II was just there for the dressage, his focus being the forthcoming WEG, but Oliver still clocked up six completions.

A single rail down cost Shearwater Touchingwood the British Intermediate title. He performed really well, coming home inside the cross country optimum time but having to settle for 4th place in a very competitive section.

Red Andes Fanfare also beat the clock in the British Novice championship, but again with a rail down finished 6th.

Colonel Joe, Power Drive, Armada and Cooley SRS all jumped clear across country, but Oliver kept his foot off the accelerator so they finished down the order.