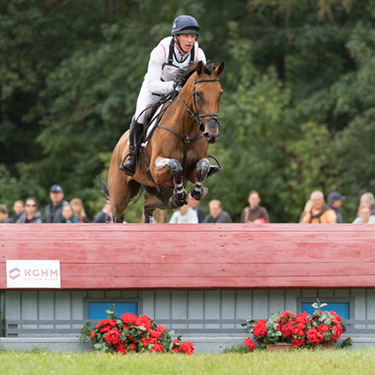 Team GB had a great week in Poland. Oliver & Cooley SRS were named as team pathfinders, starting their campaign with a good dressage to score 43.8. Oliver said after his test:

“Cooley SRS is a very good horse, he’s only 10 years old so he’s relatively inexperienced at this level – it’s his first championships. But I’m very pleased and proud of him, he just had the one mistake which proved costly.”

The cross country didn’t quite go to plan, with a couple of stops – but the pair still finished only just over the optimum time. “He just went a bit green; he’s still young and just got a little overawed by the crowd. It’s disappointing but at the same time it was good to get back for the team.”

The feedback Oliver could give the rest of the team was invaluable and by the end of the day Team GB were at the top of the table.

Performance Manager Richard Waygood said: “Everybody rode with great belief and Oliver took the ultimate sacrifice of going first (cross country). His feedback was invaluable; he never gave up to the finish line and amazingly only incurred two time penalties. This was then replicated with the same fighting spirit through the rest of the team.”

Oliver decided, with the team managers, not to show jump Cooley SRS today as he was not a counting score for the team or in the running for an individual medal. “He’s young and so talented we thought it best to save him for another day, but he’s fit and well and will look forward to a well deserved holiday when he gets home.”