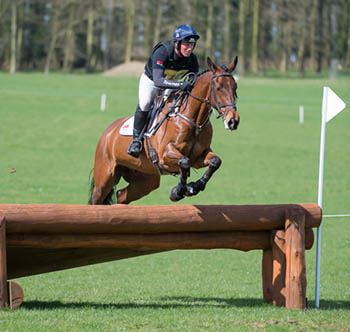 It was the turn of the younger horses last weekend and they didn’t disappoint, with Oliver clocking up six top four placings.

DHI Okey Cokey claimed a novice section with a 26.5 dressage score completion, finishing just ahead of stable mate Shearwater Sportsfield. Oliver nearly made it a clean sweep but Harthill Diamond’s rail down dropped him to fourth place.

Pursuit also posted a novice runner up placing on an even smarter 23.5 dressage score, while Tregilder took second place in the 5 year old class. Harthill Olympic remained consistent with a third in a BE100 class.