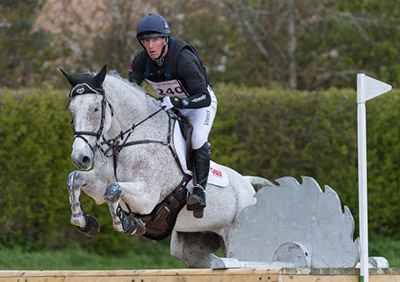 Oliver smashed his own record at Burnham Market last weekend. His tally of CCI4*S wins at the venue now stands at 12 since 2007 after he won both four star sections this year, leading each section from pillar to post.

The first win in the bag came from Ballaghmor Class. The pair posted a dressage score of 21.8 to which they added just 0.4 of a cross country time penalty, giving Oliver a four point advantage over his nearest rival.

Next up was Cillnabradden Evo who scored 21.3 for the dressage, finishing the day on that score. Both of Oliver’s horses broke the previous Burnham Market record for dressage scores at the level.

Arklow Puissance was also a winner, this time in an intermediate section, while Ulises narrowly missed out on an advanced win. Tregilder had a steady run around the Four Star while Cooley Master Class led his open intermediate section after posting a dressage score of 21.4, but Oliver again kept his foot off the accelerator because the horse is entered for Kentucky in just over a week.