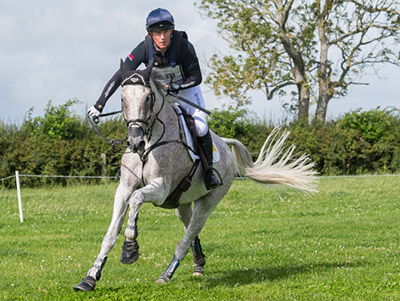 Oliver became the first rider to achieve four international wins in a single weekend at Burgham – as well as being the only rider to win multiple CCI4*-S classes at the venue over the years.

Ballaghmor Class took CCI4* section S – he patently enjoys Burgham, having won the class two years ago and finished runner up last year. He led from pillar to post, adding a couple of time penalties to his 21.4 dressage score.

“He’s as good as he’s ever been, if not better,” said Oliver. “I didn’t come here with the aim of winning this with him; if he was in the position to win, we’d let him – the ground was beautiful and it was a very high quality field. He cruised round and made it all feel very easy. It was all very much within his comfort zone.”

Cooley Rosalent provided the final win, keeping a clean sheet in CCI2* section P. As if that wasn’t enough, both Tregilder and Dreamliner posted top 10 finishes in the CCI4* classes.