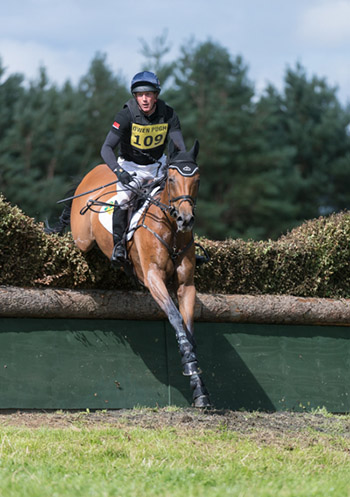 Oliver had four horses entered in the CIC3*, and as the only rider able to win the Shearwater Tri-Star Grand Slam there was much to play for…. but it wasn’t to be; Cooley Master Class finished second and Cooley SRS third.

Cooley Master Class had show jumped clear and could afford to be one second over the cross country optimum time, but he came home three seconds over to miss the win by a frustratingly narrow margin. Cooley SRS did make the time but a show jump down kept him behind his stablemate.

Oliver also had a new ride in the CIC2*, Davinci III who jumped a good double clear just outside the cross country optimum to finish 7th.