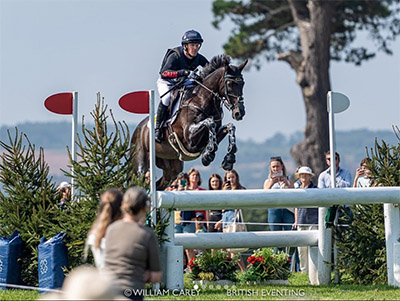 Tregilder put in a fabulous performance at Bicton to finish seventh in his first Five Star. Fourteenth after dressage, he flew round the cross country inside the time – but had unfortunately hit a safety pin so picked up 11 penalty points.

Oliver has had Tregilder since he was a five-year-old which makes it an even more special result, also for Tregilder’s owners the Hazeldines who have been extremely loyal owners to Oliver since he first started out.

MHS King Joules had got off to a good start, to lie 10th after dressage, and he was jumping beautifully – but the pair parted company towards the end of the course, which was disappointing, he’d really been fighting hard around a tough track.