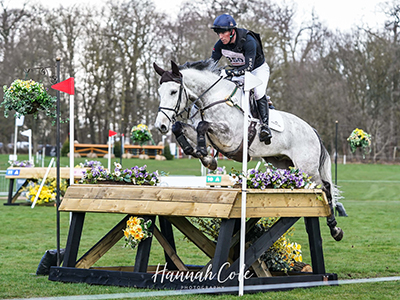 Caunton Manor Stud’s En Taro des Vernier went one place better than last time out at Floors Castle with a win in the CCI2*S, adding nothing to his 29.1 dressage score. Dolmen Debenture placed sixth in the same section which had 74 starters.

Caunton French Exchange was Oliver’s third ride in the 2*. He also jumped clear across country but Oliver took him steadily, finishing mid-field.

It was then a quick turnaround to Little Downham for three of the novices. Hercules 281 jumped a good double clear for third place while Be Cooley and Butts Leia had steady runs.