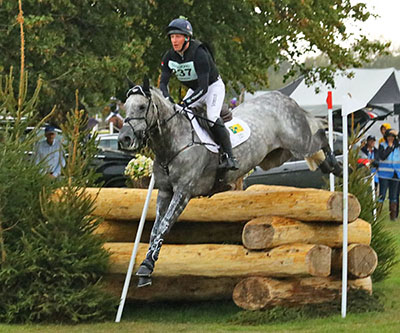 It was a busy, but successful, weekend for Oliver in Ireland. New ride Alcatraz won the CCI3*-S, leading from pillar to post with a dressage mark of 25.5 and just four cross country time penalties added to that score.

Dreamliner was contesting his first CCI4*-L, and he held the runner up spot throughout, finishing on his dressage score of 30.0. Ulises worked his way up the leaderboard to sit two places behind, in fourth.

Finally, in the CCI3*-L Arklow Puissance posted a dressage score completion for fifth place, his first run at this level, while Newmarket Caro was a respectable 13th.

<< Go Back
Posted in: Latest News
« Blenheim
Back on top »