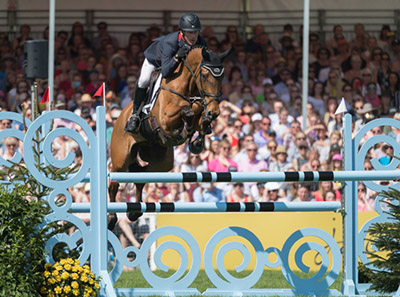 Much has been said about Oliver’s Badminton this year but it would be wrong not to credit two fantastic horses for their performances.

For Cooley SRS it was a first run at the very top level, and he rose to the occasion in some style, adding just cross country time penalties to his 10th placed 25.9 dressage score and taking the runner up spot – only five horses achieved a penalty free showjumping round on the final day.

Burghley winner Ballaghmor Class led the field after the dressage phase with the best dressage score since Andrew Hoy on Darien Powers back in 2000. He came home from the cross country in exactly the same time as his stable mate for 7.2 penalties, but two rails down on the final day dropped him to 5th place.

Both horses are now enjoying a holiday, along with Cooley Master Class and MHS King Joules.