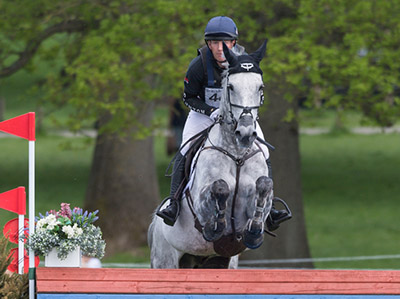 With Badminton done and dusted, it was a hugely busy week for the team. First stop was Aston-le-Walls where Oliver bagged a first, a second and a third. Samiro Cruze MC was the winner of an intermediate section, Cooley Stirling third at the same level, while Cooley Rosalent took the runner up spot in an open intermediate.

After a quick turnaround it was up to Floors Castle for two more wins. Crazy du Loir won the CCI3*S, As Is placing eighth, while in the CCI2*S it was a 1-2 for Oliver. Finley du Loir finished on his 21.5 dressage score ahead of stable mate En Taro des Vernier, who also kept a clean sheet throughout.

The following day it was down to Chatsworth and another international win. Dreamliner added just two cross country time penalties to a 29.4 dressage score to top the leaderboards in the CCI4*S. At novice level Caunton French Exchange won his section on a score of 19.8 – this horse has won all four of his outings, two BE100s and two novices. Dolmen Debenture was also on form, picking up a second place.