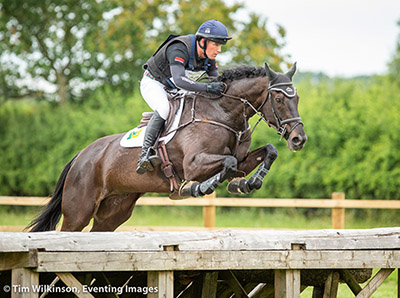 Oliver might have re-started the 2020 season a week after the opening events, but he made up for it at Aston with 13 runners.

Five contested open intermediate sections. Dreamliner and Tregilder both finished on their dressage scores for 5th and 11th places respectively, while a rail down for Miss Cooley left her in 9th. Arklow Puissance came home just four seconds over the cross country optimum time, 12th in his section, while MHS King Joules was given a steady trip around the cross country, consequently finishing down the order.

Shadow Balou had a first outing, at BE100 level, the best placed of the babies being Heraut – her dressage score completion gave her a sixth place rosette.