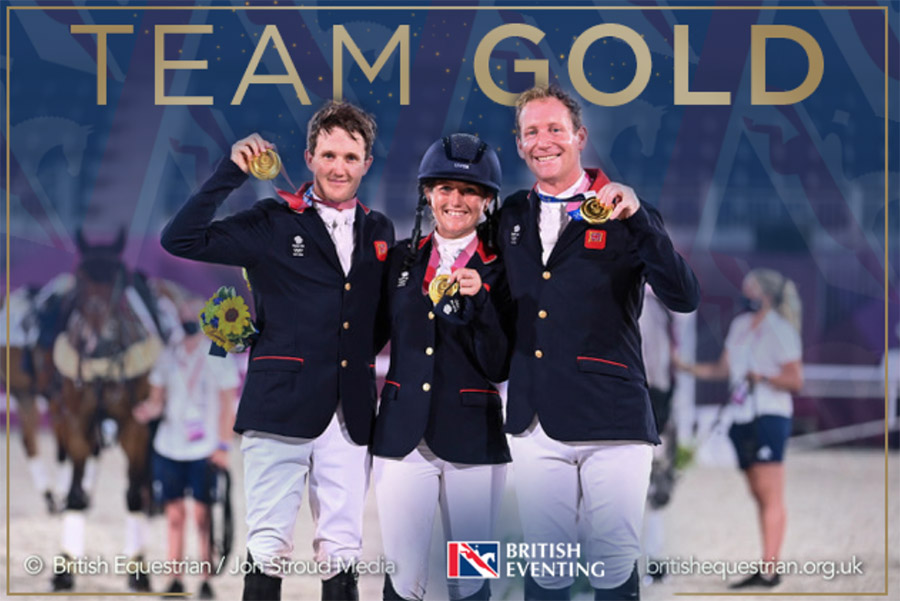 What a dream that was. Ballaghmor Class was second into the dressage arena, posting a score of 23.6 which held the lead until the penultimate combination – defending champion Michael Jung riding Chipmunk. After his test Oliver said: “I’m very happy with the horse. We know he’s special and I’m just grateful for him to do a clear round in there – a very safe test. On my own terms, I’d want a little more, but 23.6 is a good starting mark for the team.

“The highlight was the whole thing, that he went in and did his best in conditions that he’s not used to and in a stadium that’s very, very special. You’d think that because there’s no crowd, then there’s no atmosphere, but these stadiums are a little bit like Kentucky, they create their own atmosphere. There’s definitely enough of an atmosphere in there to make it a special occasion, to push horses into lacking concentration.

“It wouldn’t be my chosen job in life to be pathfinder but, at the same time, the first bit’s out the way and he’s done a very commendable job, so fingers crossed we keep the work up through the next three or four days and hopefully see where we end up.”

Across country, Ballaghmor Class set the standard, jumping a foot perfect round, sailing home five seconds under the optimum time.

“We know he’s special, anybody who watches eventing knows he’s special, but he’s tough and digs deep,” said Oliver. “Early on, I thought he was getting slightly away from me – in fact, there were a couple of places where he was in control and I wasn’t – but I sat behind him and found good distances. Once I got into the course, I started picking up good, big, quick distances – almost racing distances – to the straightforward fences and he answered beautifully.

“His pedigree is part of what makes him good, but it’s mentality more than anything – he’s tough in every aspect of life. He’s quirky, but he’s tough and the bottom line is that he wants to do his job more than most horses.”

With a huge lead going in to the team showjumping, a rail down apiece by London 52 and Ballaghmor Class was more than good enough to secure Team Gold – Britain’s first since 1972.

Sadly it wasn’t to be a fairytale ending. Ballaghmor Class also had a rail down in the second round of jumping, dropping Oliver to fifth place in the individual rankings:

“He jumped a very good two rounds and today just wasn’t my day (in the Individual)” said Oliver. “But I’m very fortunate that I have a lot of good days, probably more than my fair share, and it gives me the hunger to keep going. There is still room for improvement and there is still a prize that eludes me so it will keep me jumping out of bed to get on the Novice horses, hoping to find the next superstar and put things right.”

In the meantime, however, it’s time to celebrate.