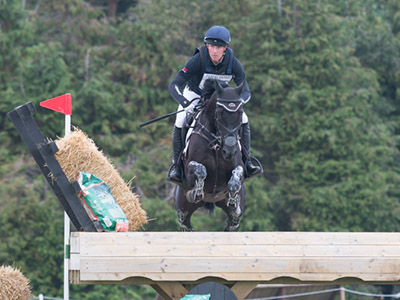 Number 13 was no jinx for Oliver last week – his tally of 4*S wins at the Norfolk event has gone up again. It was a particularly special result because Oliver then announced that Cillnabradden Evo, who also won this class last year, was being retired from competition.

“He owes us nothing, and has punched above his weight for years. It’s great to end his career on a win,” Oliver said. Cillnabradden Evo also won last time out, at Burgham.

Sally Egginton’s 14-year-old gelding amassed 850 British Eventing points, with results including sixth place at Badminton in 2019, a string of great Event Rider Masters finishes and a lucrative win the Baborowko 4*S in  2018.

Tregilder also put in a good performance, this time in the CCI4*L. A rail down cost a top 10 place but he still finished 15th out of over 90 starters.